Divorce is the legal separation of a married couple which is done by following the due procedure of law. 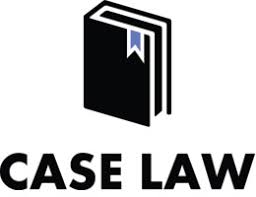 The Hon’ble Supreme Court in the Case of Amardeep Singh v Harveen Kaur ( 2017 (8) SCC 746 ) held that the minimum 6 month cooling down period can be waived off in the case of mutual divorce. Section 13B (1) is concerned with the Jurisdiction of Court and deals with the maintainability of the petition, so it cannot be done away with.
However, Section 13B (2) is procedural and can be done away with after considering the facts and circumstances of each case where there is no chance of reconciliation. There is no need for the use of Article 142 which was previously used by the Courts to waive off the period in cases with special circumstances.
“In order to waive off the statutory waiting period of 6 months under Section 13B (2), the court needs to consider the following before making a decision:
The statutory period of six months specified in Section 13B(2), in addition to the statutory period of one year under Section 13B(1) of separation of parties is already over before the first motion itself;
All efforts for mediation/conciliation including efforts in terms of Order XXXIIA Rule 3 CPC/Section 23(2) of the Act/Section 9 of the Family Courts Act to reunite the parties have failed and there is no likelihood of success in that direction by any further efforts;
The parties have genuinely settled their differences including alimony, custody of child or any other pending issues between the parties;
The waiting period will only prolong their agony.”
In such circumstances, the waiver application can be filed one week after the first motion giving reasons for the prayer for waiver. The Court can exercise its discretion over the waiver of the second period.

Option of video-conferencing for NRIs

The Court has also held that the video conferencing and genuine representation of person through close relations like parents and siblings can be permitted in order to advance the interest of justice. This is done, if there is a just and valid reason for non-appearance of a party. This is particularly useful for NRIs and people living at a great distance from each other as it makes the process more convenient and practical.