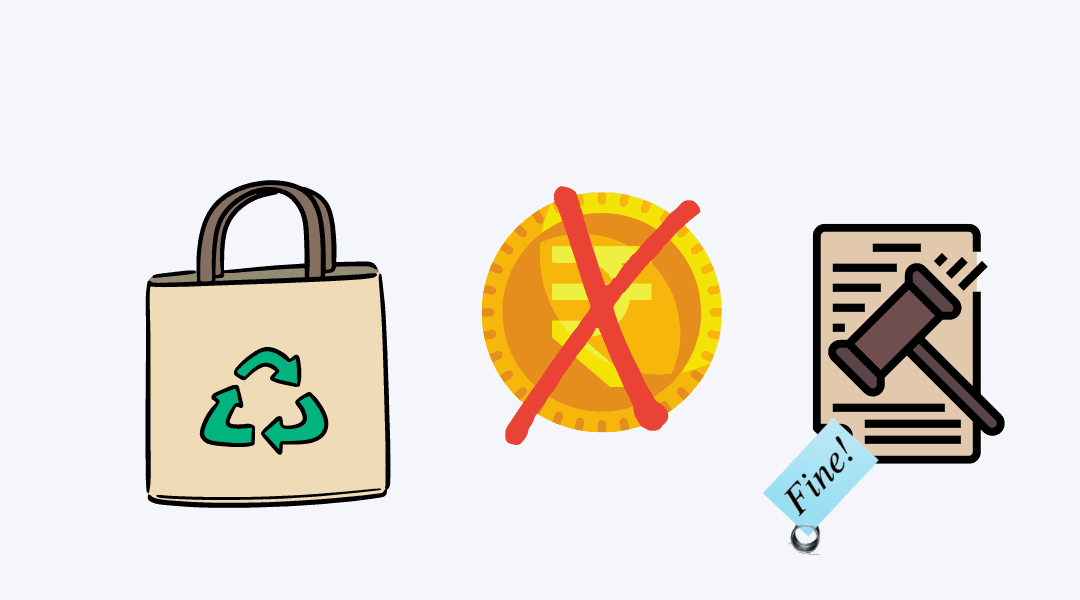 With the introduction of eco-friendly carry bags, like paper and jute, the shopkeepers and corporations have found a new way of minting profits by charging for the same. There have been instances where a consumer has to pay extra charges for a carry bag despite making a significant purchase from the store. This has led to several complaint by consumers who ae disappointed at being forced to pay for the bags which often contain the logo of the brands. Moreover, it is the responsibility of the store to ensure that they use environmentally friendly bags and the burden to help them comply with the same should not rest on the shoulders of the consumers.

What is the stance of the Consumer Courts on the issue of Carry Bag charges?

The consumers have approached the consumer courts for the redressal of their grievances. A case brought before the Consumer Forum where the leading footwear brand ‘Bata’ had charged a sum of Rs 3/- as carry bag charge. The Court observed that the advertisement of Bata Company was being published on the bag where it was printed in red “Bata Surprisingly Stylish.” This showed that the consumer was being used as an advertising agent and is being charged for the same. It was held that, “Per this evidence brought on record, we record a firm finding that there is unfair trade practice on the part of Opposite Party in compelling the complainant to purchase the carry bag worth Rs.3/- and if the Opposite Party is a environmental activist, he should have given the same to the complainant free of cost. It was for gain of OP. By employing unfair trade practice, OP is minting lot of money from all customers.”

The Court in the instant case directed the opposite party to provide free carry bags to all customers forthwith who purchase articles from its Shop and stop unfair trade practice i.e. to charge for carry bag. It also ordered refund of an amount of Rs.3/- wrongly charged by the appellant/opposite party for the paper carry bag besides payment of Rs.3,000/- to the respondent/complainant towards compensation for mental and physical harassment and Rs.1,000/- towards litigation expenses. In addition to this, by way of punitive damages the respondent was also asked to deposit Rs.5,000/- in the Consumer Legal Aid Account.

Moreover, the National Consumer Dispute Resolution Commission (“NCDRC”) in the case of Big Bazaar (Future Retail Ltd.) v. Ashok Kumar upheld the decision of the State Consumer Commission (“SCC”) of Chandigarh where it had directed Big Bazaar to refund the cost of the carry bag and to pay compensation to the complainant. In this case, a free carry bag unsuitable to carry all the goods since it lacked handles was being provided to the consumers. As a result, they had to opt for the paid bags which cost between Rs 6 to Rs 20. Section 36(5) of the Sales of Goods Act, 1930 was referred to by the Consumer Court which states that, “Unless otherwise agreed, the expenses of and incidental to putting the goods into a deliverable state shall be borne by the seller.” Therefore, it is the primary responsibility of the seller to ensure that the goods are given to a buyer in a deliverable state and all expenses are to be borne by the seller. Therefore, a store cannot charge a consumer for a carry bag.

What are the Remedies Available to Consumers if they are unfairly charged for carry bags?