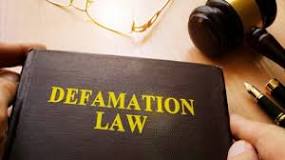 It is written in Bhagwad Gita that “For a Man of honour, Defamation is worse than death”.

In India, Defamation is both a civil wrong and a criminal offence.

In Civil Law, it falls under the Law of Torts i.e. damages by way of monetary compensation can be claimed for defamation by filing a civil lawsuit under Civil Procedure Code. Limitation period for  filing a civil suit for compensation for libel is one year from the date of the publication of libel under Article 75 of the Limitation Act.

If you are thinking to file a lawsuit for claiming compensation for defamation then you may file it with the help of lawsuit lawyer and then you need to prove following essentials:

Under Criminal Law, Defamation has been defined under section 499 of the Indian Penal Code. The punishment is mentioned under section 500 which can extend upto simple imprisonment for a term of two years, or with fine, or both. It is bailable, non-congnizable and compoundable offence. 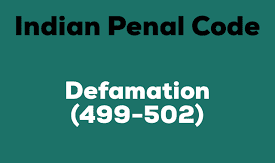 Section 499 of Indian Penal Code defines Defamation as: “Whoever, by words either spoken or intended to be read, or by signs or by visible representations, makes or publishes any imputation concerning any person intending to harm, or knowing or having reason to believe that such imputation will harm, the reputation of such person, is said, except in the cases hereinafter expected, to defame that person.”

Under Indian Criminal law, if with the help of a criminal litigation lawyer a person manages to show that his case falls under any of the following circumstances then he cannot be charged for the offence of defamation during the trial:

In a landmark case of Subramanian Swamy v. Union of India, WRIT PETITION (CRIMINAL) NO. 184 OF 2014, it was held by the Hon’ble Supreme Court of India while upholding the constitutional validity of section 499 and 500 of IPC said that right to Life under Article 21 of Indian Constitution includes right to reputation. Freedom of speech and expression is not absolute. The concept of social interest has to be kept in mind when considering reasonableness of a restriction. Right to freedom and speech and expression cannot be allowed so much room that even reputation of an individual which is a constituent of Article 21 would have no entry into that area. Hence, section 499 is not an excessive restriction under Article 19(2) of Indian Constitution.