Divorce by Mutual Consent for NRIs without travelling to India 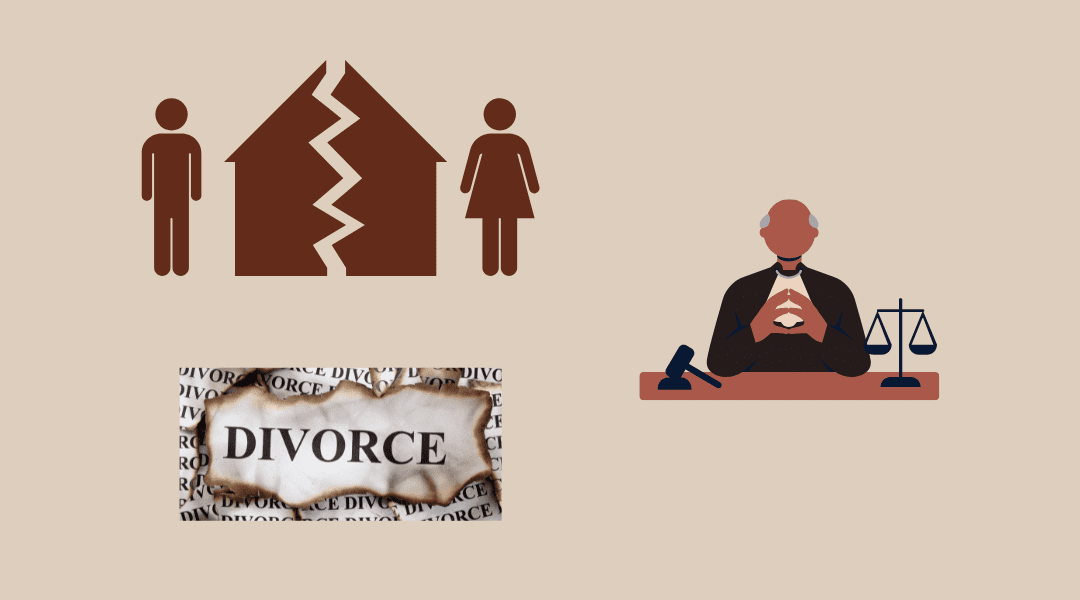 Marriage has been defined as, “The state of being united to a person of the opposite sex as husband or wife in a legal, consensual, and contractual relationship recognized and sanctioned by and dissolvable only by law.” It refers to the legal recognition of the relationship between two people after which they are recognized as husband and wife. There are instances where the marriage does not work out and the parties to the marriage want to end the relationship and go on their own paths. This process is known as divorce. The process for divorce can be long and complicated, especially for NRIs who are staying abroad but have their marriage registered in India.

India has several laws related to marriage depending upon the religion of the person. These include Hindu Marriage Act, 1955; Special Marriage Act, 1954; The Indian Christian Marriage Act, 1872 and more. The grounds for divorce vary to an extent in each of the acts. However, every law related to marriage and divorce in India provides for divorce by mutual consent. Therefore, as per Indian Law, divorce by mutual consent can be obtained both in Indian and Foreign courts. This provision is included for the convenience of the NRIs so that they do not have to travel to India to seek divorce.

Divorce by ‘Mutual Consent’ in Foreign Courts for NRIs

This option is given to NRI couples residing abroad only in the cases of divorce by ‘mutual consent.’ The proceedings do not take place according to Indian laws but as per the laws of the country of residence of the NRIs. The procedure followed in such cases will be that of the laws of the country of residence and not as per the laws of India. In this case, the parties will have to engage foreign lawyers in their jurisdiction who will assist in obtaining the divorce.

Once the divorce has been allowed and a decree of the court has been obtained, it has to be enforced in India for the divorce to be valid in India. The Code of Civil Procedure, 1908 (CPC) provides for the enforcement of foreign decrees in India. The enforcement of such decrees depends on whether the decree has been passed by a court of a reciprocating territory or a non-reciprocating territory.

In this case, Section 44A (1) of the CPC provides that a judgment passed by a superior court in a foreign territory, it can be executed in India can be passed as if it was passed by a District Court in India. A certified copy of the decree along with the certificate from such a court is treated as conclusive proof for the enforcement of such decree under Section 44A (2) of the CPC.

In this case, the process is more complicated since a suit needs to be filed before the Indian Court as well. The decree cannot be executed directly. The Court in India has to deem the foreign decree enforceable and pass its own decree upholding the foreign decree. It has to be proven before the Indian Court that the tests laid down under Section 13 of the CPC are satisfied.

Reciprocating Territory – In this case, the decree of the foreign court along with a certified copy of the order is to be sent to the Indian lawyer who can file it before the Court. This will validate the decree in India as well and the divorce process will be completed.

Non-Reciprocating Territory – In this case, the decree of the foreign court along with a certified copy of the order is to be sent to the Indian lawyer who will file a suit before the Court. The lawyer will prove before the Court that there is no violation of Section 13 of the CPC and the decree is enforceable in India.

In both cases, the Power of Attorney can be sent in the correct form to the lawyer in India and he will file the suit before the Court or submit the decree along with the certificate before the Court, so you do not have to travel to India/

Divorce by ‘Mutual Consent’ in Indian Courts for NRIs

The application for Divorce by ‘Mutual Consent’ can be filed in the Indian Courts as per the conditions mentioned in the Act under which the marriage is registered. The process involves the following steps:

The process of divorce ordinarily requires physical presence before the Court. However, the NRIs no longer need to travel to India as the process can be carried out by their lawyer who is authorized to act on their behalf. The lawyer can file their case, sign on their behalf, and obtain the decree.

For the representation of the parties, the Indian Courts have held that video conferencing and genuine representation of a person can be permitted to advance the interest of justice. This change was allowed by the Supreme Court in order to save both money and time in the case of Krishna Veni Nagam v. Harish Nigam. Therefore, the divorce process for NRIs in India can be completed without physically traveling to India.

Divorce by mutual consent can be obtained in both Indian and Foreign Courts. The decree of divorce obtained from a foreign court needs to be enforced in India and can be deemed invalid if it does not fulfil the conditions under Section 13 of the CPC. It does not require travelling to India as the court proceedings can be done by a lawyer through power of attorney. A divorce by mutual consent in an Indian Court can also be obtained without travelling to India. The proceedings are conducted through video conferencing and the physical signing of documents can be done through your representative who is authorized by the Power of Attorney. In both cases, an Indian Law firm or a Lawyer is needed and can be of great help to you during the entire process.