DIVORCE GRANTED BY A FOREIGN COURT 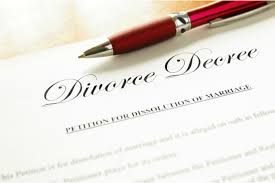 Divorce granted by a foreign court to a couple who have solemnized their marriage as per the Hindu Law on a ground that is not recognized by Hindu Marriage Act, 1955, will not be enforceable in India. Mutual consent divorce granted by foreign court would be valid in India and legally binding by virtue of section 13 and 14 of CPC. This is applicable to those couples who decided to solemnize their marriage in India and thereafter decided to migrate to another foreign land, and due to their difference filed for divorce in their country of domicile. This  also applies to such couples who were NRI’s or Citizens of another country and decided to solemnized their marriage in India as per the Hindu Marriage Act,1955. The grounds for divorce have been mentioned in section 13 of the Hindu Marriage Act, 1955. The following are the legal grounds which the Indian courts recognize for the purpose of Divorce:

As per Section 13B, the person can file the petition for divorce by mutual consent of both the parties. If a foreign court passes a judgment on divorce other than the abovementioned grounds, then it can be held that such a judgment is not applicable in the eyes of law in India. The foreign decree/Judgment has to pass the test of S. 13 CPC, which specifies certain exceptions under which the foreign Judgment becomes inconclusive and is therefore not executable or enforceable in India. Under Section 13 of the Code of Civil Procedure , 1908, a foreign judgment is not conclusive as to any matter thereby directly adjudicated upon between the parties if(a) it has not been pronounced by a court of competent jurisdiction; (b) it has not been given on the merits of the case; (c) it is founded on an incorrect view of international law or a refusal to recognise the law of India in cases in which such law is applicable; (d) the proceedings are opposed to natural justice; (e) it is obtained by fraud; (f) it sustains a claim founded on a breach of any law in force in India.

That in Rupak Rathi v. Anita Chaudhary (P&H), the Punjab & Haryana High Court laid down principles pertaining to foreign judgments, the revenant Para being reproduced as under:

24. These principles are summarised for guidance of matrimonial courts functioning within the territories over which this court exercises jurisdiction but with a word of caution that they should be applied on a case to case basis while dealing with applications under Order 7, Rule 11 , CPC in the context of HMA and Section 13 CPC as it is not prudent to lay down any strait jacket formula of universal application and some free play in the joints of matrimonial courts should be left while dealing with different fact situations presented before them:-

(i) If the spouse aggrieved by the foreign matrimonial decree has not submitted to the jurisdiction of the foreign court or consented to the passing of the foreign Court judgment, it ought not to be recognised being unenforceable under Section 13 CPC. This position of law ought to be applied to the facts of the individual case.

(ii) There may be occasions that a spouse relying upon the judgment of a foreign matrimonial court, upon receipt of a summon or notice from a court of competent jurisdiction under the HMA, may not choose to file a written statement in response to a petition seeking a matrimonial cause under HMA in Punjab, Haryana or Chandigarh. Instead, the contesting spouse may prefer to move an application under Order 7, Rule 11 CPC seeking to rely upon or invoke the provisions of Section 13 CPC. Thus, it may be contended before the court of competent jurisdiction under the HMA that since the matrimonial action between the parties has already been decided and concluded by a Court in the foreign jurisdiction, the adjudication in the matter in issue between the same spouses based on the same matrimonial cause of action is barred by the principle of res judicata and spouses are estopped in law from agitating the same again.

(iii) It is respectfully contended that wherever both or any spouse arrayed in a matrimonial cause in a matrimonial action under HMA contest, dispute, question or oppose any above such application under Order 7, Rule 11 , CPC involving interpretation of the principles laid down under Section 13 CPC thereby necessitating requirement of detailed pleadings and evidence of spouses, no summary decision may seem possible to decide the matter in the preliminary stage.

(iv) In the above situation, there may also be circumstances involving application of issues of domicile as also applicability of Sections 1 and 2 of the HMA regarding extra territorial application of the provisions of HMA. Determination of these issues may also require parties to put their pleadings and testimony as well on the record of the Court of competent jurisdiction under the HMA.

(v) The application of the provisions of the CPC finding mention under Section 21 HMA, the Court of Competent jurisdiction under the HMA in Punjab, Haryana or Chandigarh may then be guided by the procedural law of pleadings contained in the Orders and Rules of the CPC and Punjab & Haryana High Court amendments, if any, for further proceedings in the matter. Accordingly, filing of a written statement, counter claim, rejoinder and/or other pleadings may be necessitated for having the factual matrix on record leading to the settlement of issues under Order 14 CPC which can only be framed upon allegations made by parties to be read along with the contents of documents produced by spouses. Hence, this procedure may be necessary to be adopted to decide upon the warring claims of spouses relying on averments in support or against the judgment of the foreign matrimonial court between the parties.

(vi) Based on the above procedural requirements, the Court of competent jurisdiction under the HMA may then examine the process, pleadings, grounds and other details in the passing of the judgment/decree of the matrimonial court of foreign jurisdiction to test it on the anvil of Section 13 CPC and based on the principles laid down by the Apex Court in Y. Narasimha Rao v. Y. Venkata Lakshmi, 1991 (3) SCC 451 and exception (iii) as understood in the present opinion. Hence, in the event of a contest, dispute, opposition to the applicability of the foreign matrimonial judgment in the Indian jurisdiction, a summary disposal may not be possible. To do complete justice to both the spouses and to ensure that prejudice has not been caused to either of them as also that issues of maintenance, settlement of matrimonial property, child custody etc. arising in India have been completely settled between spouses based on provisions of HMA, the Court of competent jurisdiction under the HMA may examine the matter on the lines suggested above.

(vii) Thereafter, if the issue relating to the jurisdiction of Competent Court under the HMA as also any bar to the matrimonial cause created by any existing law appears to be established, the matrimonial court in Punjab, Haryana or Chandigarh may upon the facts and circumstances of the case take an appropriate decision under Order 14, Rule 2 CPC whether it needs to pronounce judgment on all issues or decide the issue of jurisdiction or maintainability as a preliminary issue. In such circumstances, the Competent Court under the HMA may after forming an opinion take an appropriate decision on the facts of the case as to whether the issue of jurisdiction or maintainability is to be decided as a preliminary issue or pronounce judgment together on all the issues. Accordingly, based on the individual facts and circumstances, the Court ought to take a decision whether to decide the preliminary issue of jurisdiction or maintainability or postpone the settlement of other issues after such preliminary issues has been determined.

That, in essence, it can be stated that mutual consent divorce granted by foreign court would be valid in India and legally binding by virtue of section 13 and 14 of CPC. However,contested divorce would depend on wherever if the judgment has passed the tests of section 13 and if the ground on which the divorce is granted is recognized under the Indian law. Irretrievable breakdown or breakdown of marriage is not a recognized ground for divorce under Indian law.

Hence, all divorces granted by foreign courts cannot be considered as legally binding in India.