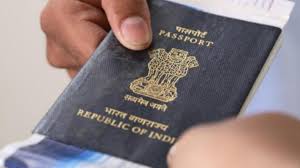 Who has the power to impound Passport?

Section 104 of the Criminal Procedure Code, 1973 authorizes the Court to impound document or thing produced before it. However, the Passport Act is a special Act only for matters related to Passport. When there is a General Act and a Special Act dealing with a specific subject, the specific Act is adhered too. Hence, in matters related to Passport, Passport Act prevails.

In the case of Suresh Nanda v. Central Bureau of Investigation (2008), the Hon’ble Supreme Court gave the clarification that the Police Officials may have the power of Seizure of Passport under Section 102(1) of the Criminal Procedure Code, 1973; it does not have the power to impound the Passport. This can only be done by the Passport authorities by following the relevant provisions under the Passport Act, 1967.

The impounding of a passport has civil consequences. Hence, the passport authority must provide the opportunity of being heard. The same was held in the case of State of Orissa v. Binapani Dei (1967).

Difference between Seizure and Impounding

Denial of a Passport Solely on the basis of an FIR

In the case of Jaswinder Singh vs Union Of India And Another (2019), the Punjab and Haryana High Court held that the registration of an FIR against the person is not enough for the Passport Authorities to cancel the Passport. The restriction only comes into play when proceedings in respect of an offence are pending before a Criminal Court. Unless cognizance is taken by the Criminal Court, the provision of the Passport Act barring the grant of passport does not apply.

Travel Restriction in the cases of non-payment of debts

However, in 2016 the Honorable Supreme Court rejected the plea of Mr. Ravi Ruia to travel abroad who was involved in the 2G scam. The appeal filed against freezing of the passport of Dr. Vijay Mallya became irrelevant as he had left the country.  However, post this in the case of Chitra Sharma & Ors. V. Union of India & Ors, W.P.(C) 744 of 2017 the Supreme Court imposed restrictions on the Managing Director and other Directors of Jaypee Infratech Ltd as well as Jai Prakash Associates Ltd. from travelling abroad without permission of the Court. Thus, it can be seen that Courts are empowered to restrict the travel of persons abroad in matters related to payments of debt too, provided they are enable to do so by the provisions of Law.