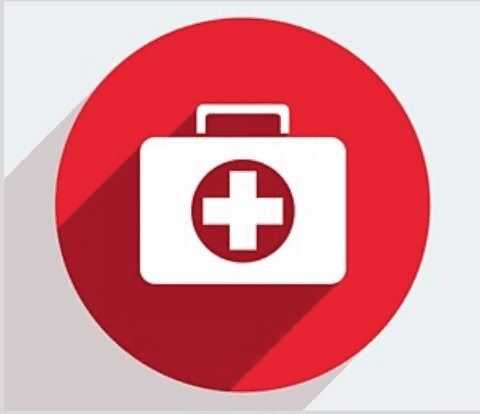 It is provided under section 55A of the Code of Criminal procedure, 1973 that it is the duty of the person having the custody of an accused to take reasonable care of the health and safety of the accused. Section 55-A Cr.P.C is reproduced as under:

55-A: Health and Safety of arrested person: – It shall be the duty of the person having the custody of an accused to take reasonable care of the health and safety of the accused.

That even under the Punjab Jail Manual 1996 which also applies to the State of Haryana, there casts a duty upon the Medical Officer to report cases of certain nature to Superintendent. Relevant Rules are reproduced below:

103. Duty with regard to sick prisoners and malingers. – (1) The Medical Officer shall daily visit the sick in the hospital and shall examine every prisoner who may complain of any illness and may, if necessary, direct the admission of any such prisoner to hospital.

104. Medical Officer to report in certain cases. – Whenever the Medical Officer has reason to believe that the mind of a prisoner is or is likely to be, injuriously affected by the discipline or treatment to which he is subjected, the Medical Officer shall report the case in writing to the Superintendent together with such observation as he may think proper.

Article 25.1 of the Universal Declaration of Human Rights affirms: “Everyone has the right to a standard of living adequate for the health of himself and of his family, including food, clothing, housing and medical care and necessary social services”.

The International Covenant on Economic, Social and Cultural Rights provides the most comprehensive article on the right to health in international human rights law. In accordance with article 12.1 of the Covenant, States parties recognize “the right of everyone to the enjoyment of the highest attainable standard of physical and mental health”, while article 12.2 enumerates, by way of illustration, a number of “steps to be taken by the States parties … to achieve the full realization of this right”.

4. VIOLATION OF ARTICLE 21 OF THE CONSTITUTION OF INDIA

In the case of Re-Inhuman Conditions in 1382 Prisons, 2017 (4) RCR (Criminal) 416  Supreme Court has issued directions with respect to various aspects of life and liberty of prisoners.

The relevant paragraphs of the Judgment are being reproduced as under:

The need to reform

We are of the view that on the facts and in the circumstances before us, the suggestions put forward by the learned Amicus and the learned counsel appearing for the National Forum deserve acceptance and, therefore, we issue the following directions:

Lastly, it was observed by the Hon’ble Supreme Court of India that “We expect the above directions to be faithfully implemented by the Union of India and State Governments – In the event of any difficulty in the implementation of the above directions, the Bench hearing the suo motu public interest litigation in the High Court in term of our first direction is at liberty to consider those difficulties and pass necessary orders and directions. “