SONS ARE LIABLE TO DISCHARGE DECRETAL DEBTS OF FATHER 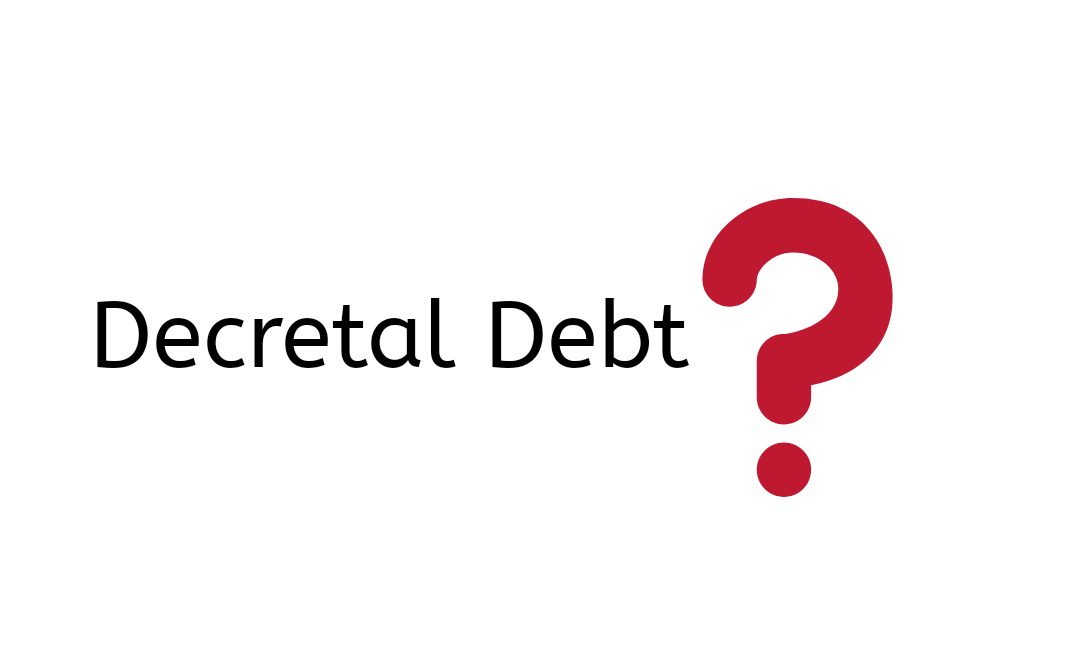 Debts in common parlance mean a sum of money that is owed or due. Decretal Debts are the sum of money which a person is bound to pay under a decree / order of the Court of Law.

Under the Personal Laws of Hindus, a son is liable to pay the debts of his father being a member of Hindu Undivided Family or a coparcener, however, liability of son being a coparcener is limited only to the son’s interest in the coparcenary property until the partition of joint property, provided that the the debt was not tainted with illegality or immorality.  Moreover, son is not liable to pay debts taken by the father for his personal use irrespective of the fact that there exists or does not any joint property.

In a Landmark Judgment by Three-Judges of Hon’ble Supreme Court of India in the case of Sidheshwar Mukherjee v. Bhubneshwar Prasad Narain Singh, AIR 1953 SC 487  it has been held in the paragraph 9 that:

“it is open to the creditor, who has obtained a decree against him personally, to attach and put up to sale this undivided interest, and after purchase to have the interest separated by a suit for partition.

A personal decree obtained against the sons could certainly be executed against them by attachment and sale of their undivided interest. The position in our opinion, cannot be different it they are under a legal liability to discharge the decretal debt due by their father; and this liability must be capable of being enforced in the same manner as a personal decree against them. Whether this could be done only by making the sons parties to the sale or execution proceeding, is another matter to which we would advert presently; but so far as the legal liability of the sons is concerned as the debts incurred by the father have not been shown to be immoral or irreligious, it must be held that under the rule of Hindu Law mentioned above, there is a legal liability on the part of the sons to discharge these debts and the creditor can enforce this liability by attachment and sale of the sons’ interest in the same manner as if it was a personal debt due by them.”

Further, in paragraph 10, it has been held that:

“10. Holding, as we do, that the sons were liable in this case to discharge the decretal debt due by their father, the further question arises as to how this liability could be enforced? Could the interest of the sons in the joint property be attached and sold without making the sons parties to the suit and the execution proceedings? The point does not seem to us to present much difficulty. Strictly speaking, the sons could not be said to be necessary parties to the money suit which was instituted by the creditor against the father on the basis of a promissory note. If a decree was passed against the father and the sons jointly, the latter would have been personally liable for the debt and the decree could have been executed against their separate or personal property as well. No doubt the sons could have been made parties to the suit in order that the question of their liability for the debts of their father might be decided in their presence.

Be that as it may, the money decree passed against the father certainly created a debt payable by him. If the debt was not tainted with immorality, it was open to the creditor to realise the dues by attachment and sale of the sons coparcenary interest in the joint property on the principles discussed above.”

Therefore, it is clear from the above-mentioned judgment of Hon’ble Supreme Court of India that until partition of property has not taken place and property is jointly owned by the father and sons, sons are liable to discharge the debts of father unless the debts are tainted with immorality or illegality.